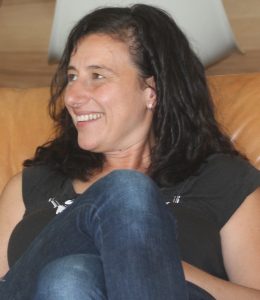 Amira Glickman is the founder of The Sacred Rest Stop, a teacher and student of mysticism, somatic empath, healer, social justice activist and philanthropist. She has been studying and practicing subtle energetics and meditation for over 30 years. Amira is a practicing Universalist Sufi since 2009, and graduated from Suluk Academy, the esoteric school of the Inayati Order where she began intensive study with Pir Zia Inayat Khan in 2011. She has been in close relationship with Senior Sufi teacher Gayan Macher and has been deeply exploring the transformational art of contemplative inquiry for the past 10 years.

Amira founded The Sacred Rest Stop with the deep desire to provide more easily accessible and creative ways for curious hearted people to gain skills, guidance and the community needed to amplify the sacred within their individual and communal lives. Towards that end she founded the Social Justice Activist Meditation gathering – a bi-monthly circle for Austin activists to pause for inner self-care in 2014.

She is passionate about bridging the chasms that separate liberatory political activism and embodied spiritual experience. The Rest Stop is an offered as a potential hang out spot for any and all people engaged in the work of creating greater equity, respect, humility, love, healing and devotion in our world today.

Amira is happiest when there are blankets on her and there are a whole slew of trees filling her line of vision. She has a 4 year old son, named Sacha that provides her with direct access to the miraculous on a daily basis and a ginger-haired partner, Damon, who she is lucky enough to have snagged for life. Last, but certainly not least, is the fact that she also lives with a regal dog named Benjamin Whiskers who is altogether more deer-like than do-like.